There was a friendly monster called Merlin, who didn´t like being bad, but everybody was afraid of him.

There were also dragons and, as they were bad, people thought that Merlin was bad too.

Merlin decided to go out for a walk with his friend Lisa. They met a group of girls who, when they saw Merlin, were really scared.

END_OF_DOCUMENT_TOKEN_TO_BE_REPLACED 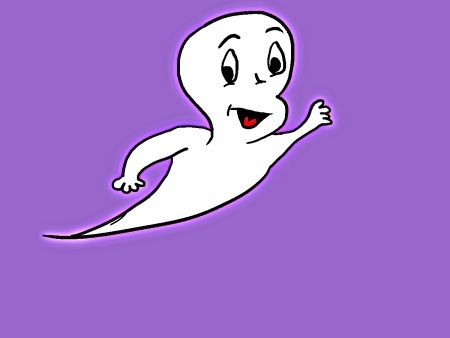 END_OF_DOCUMENT_TOKEN_TO_BE_REPLACED

THE MONSTER IN LOVE

How was Sami going ever to believe that his anger and fury would one day disappear? This is the story of how Sami, the evil monster from Big Forest, became a good monster.

Everything began when Samy was on his way to town ready to carry out his plan of scaring all the children there. The town, called Vill, was situated on a high hill in the forest, on the other side of the river.

END_OF_DOCUMENT_TOKEN_TO_BE_REPLACED

THE ONE EYED MONSTER

Once upon a time, there was an evil monster who was always disturbing people in the kingdom.

In a town close by, lived a man who had one eye missing because of an occupational accident. The monster was always making fun of him saying: “Can you see me Mr. one eye? Hahaha!”

END_OF_DOCUMENT_TOKEN_TO_BE_REPLACED 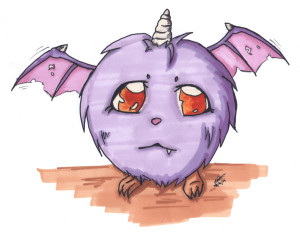 One day, a beautiful hummingbird, drinking in a big lake, saw lots of animals running to the North of the forest. The beautiful bird asked one of the animals why, and the animal said: “If you want to stay alive, run! END_OF_DOCUMENT_TOKEN_TO_BE_REPLACED

SCARY MOON FOR ONE NIGHT

Once upon a time there was a 5 year old boy called Gary who was scared of going out at night because he thought that the moon was going to fall from the sky.

His parents always said: “You don´t have to be scared, the moon won´t fall.”

Gary didn’t know why, but he was very scared and imagined the moon falling and crushing him. 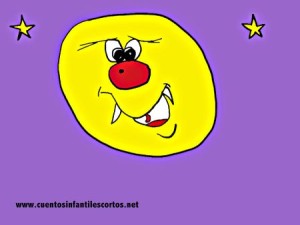 Halloween arrived and Gary´s parents insisted that he go out and have fun with his friends, Gary accepted this and went out but never took his eyes off the moon…  END_OF_DOCUMENT_TOKEN_TO_BE_REPLACED

THE PRINCE AND THE MONSTRO

Once upon a time there was a very handsome prince called Hugo, who wanted to become king of a distant land of mountains and caves. Unfortunately his father had died and his uncle was now king, for the family did not believe that Hugo was brave enough to be king yet. This really annoyed Hugo, as you can imagine. He was convinced that he was valiant, but he just hadn’t had the chance to prove it.

One day, Hugo found out that most of the land’s adult men (including the king) were setting off to hunt a monster that was attacking their homes at night. In that mountainous land there was a kind of very famous and peculiar monster called the Monstro. It had three eyes, growled so loudly that you could hear him from miles away and on top of that he also drooled.

Hugo silently followed the men hunting the Monstro, and soon reached the dark cave where the monster lived. Hugo hid behind a rock from the other men, for he was the prince and easy to recognise.

While the group of men argued over how best to hunt the Monstro, Hugo snuck into the cave and went in search of it by himself. Once he had found it, Hugo threw himself on its leg to stop it moving, then pulled a sack over its head so that it wouldn’t bite him. After a few exciting and tense moments, Hugo tied its arms behind its back and took it out of the cave to show the king. END_OF_DOCUMENT_TOKEN_TO_BE_REPLACED

A long, long time ago there was a legend about a monster that lived in a lake called Ness, by the side of a little village in Scotland. No one had ever seen the Loch Ness Monster, but the whole world talked about her. People said that the monster in the lake was as big as a football pitch, that she had four eyes and ate all the little children who went near the lake.

Jake, for that was the name of an adventurous little boy from the area, decided to investigate and set off to explore the area around Loch Ness. Jake knew that if the rumours of the monster were true, he wouldn’t come out of his adventure alive. But there was something inside him that made him think that what people said was false.

Jake believed that if there really was a monster in Loch Ness, she couldn’t be as bad as the villagers said, for he believed that all living beings had their good and bad points, and that we should try to get the best out of each other.

So Jake went off with his backpack full of food. When he reached the banks of the lake, he began throwing the food to attract the Loch Ness Monster. END_OF_DOCUMENT_TOKEN_TO_BE_REPLACED